EMF Testing In The Home: How It Can Help You Sleep

EMF testing (or Electro-Magnetic Fields testing) saved my sleep and God knows my sanity. I was sleep deprived for years, starting from when my son was about ten months old. His poor sleep in the form of night terrors began following a long-haul flight to Europe. The relentless night disturbances, which happened every single night, several times a night, only ended several years later.

I lost my mind trying to solve the cause of the seemingly overnight transition from a peaceful, sleeping baby to one whose nights were plagued by some invisible demon. They were the hardest days of my life. Sleep deprivation is nothing if not a form of torture. Life goes into hibernation, except you don’t sleep.

Despite the tiredness, the A-type personality in me was driven to find a solution. Hours of research led me to the work of Dr Jack Kruse. A neurosurgeon telling it like it is and explaining in no uncertain terms what we shouldn’t have to be told – our separation from nature is making us sick. His mantra is “you will never get better in the same environment you got sick in”.

So I started getting suspicious of my home environment. I became convinced that either mould or EMF was driving us crazy.

There had been numerous leaks in the roof of our older home and water-damaged buildings inevitably result in mould, often within 48 hours. The biochemical stew that comes as a result of mould makes many people very unwell. It has a big name: ‘Chronic Inflammatory Response Syndrome’ (CIRS) and 24% of the population has a genetic predisposition to developing it. These people can’t produce the antibodies required to defend themselves from the ongoing attack. They walk into a room with mould and their immune system goes into overdrive; it doesn’t shut down.

Typically, CIRS is frequently misdiagnosed as chronic fatigue, ADHD, fibromyalgia, anxiety, depression and so on. It’s debilitating and sadly most doctors don’t even no such a condition exists.

Sufferers who are lucky enough to get to the root of their illness and get treatment often can’t return to their own home. The difficulty in thoroughly remediating a water-damaged and mould-infested building is too much for most.

Learn more about EMF testing and make a booking for your Perth home here.

You might not see or smell mould but it can wreak havoc behind the scenes on your family, especially if you are one of the 24%. The good news is, you can have your home tested to check if mould is an issue. Medical testing to confirm if you have CIRS is a lot more complicated but there are a few health practitioners, including some in Australia, who are in the know.

After doing all sorts of EMF testing in our home and finding elevated levels in my son’s bedroom, we switched bedrooms.

The effect? Within a week or two, we were all sleeping peacefully through the night! It’s not lost on me nor do I believe it a coincidence that his sleeping problems erupted immediately after a long-haul flight where radiation exposures are incredibly high.

How does EMF in our homes affect us?

We are all sensitive to the effects of EMF but some of us are canaries. We sound the alarm long before anyone else has the slightest inkling anything is up.

Some of these people, who suffer from what is called ‘Electro-Hyper Sensitivity’ (EHS), have no option but to leave their urban existence and move far away from any EMF sources. The debilitating illness that comes with it can include tinnitus, ADHD, anxiety, migraines, chronic fatigue, insomnia, rashes etc. 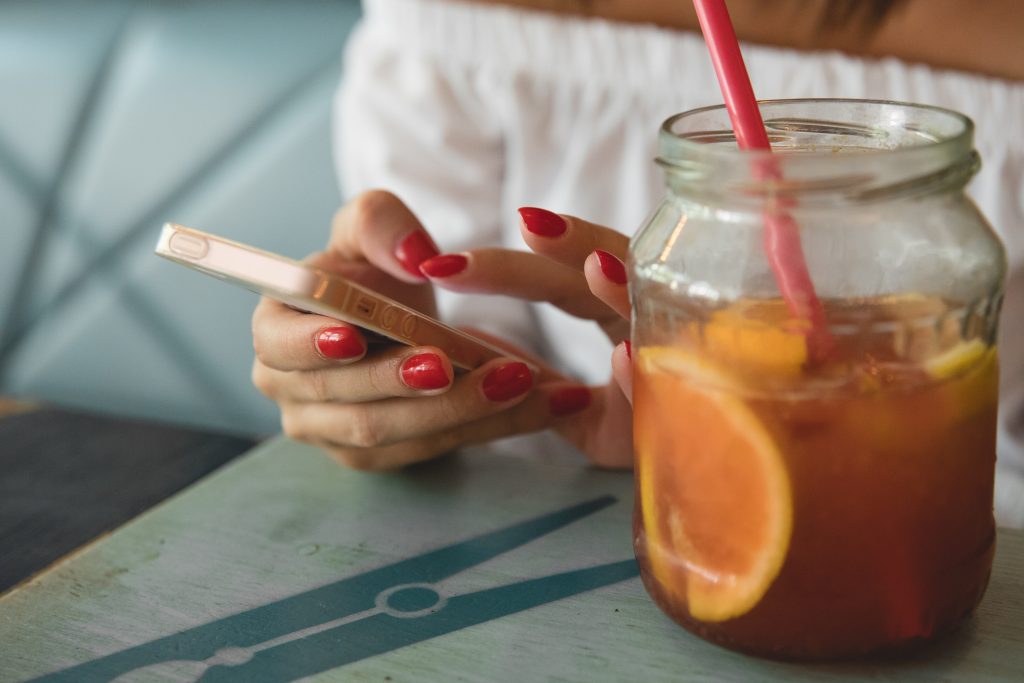 I wouldn’t wish EHS on anybody but interestingly what is being observed anecdotally and through animal studies, is that these are often the fortunate ones and ultimately the healthiest as they move away from the source of the problem.

The rest of us, who are oblivious to the effects of EMF in our home, take no action.

Sweden was the first country to recognise EHS as a medical condition and assist sufferers. Austria, as a duty of care, also issues EHS guidelines for doctors.

It may seem impossible that something as invisible and intangible as EMF could actually impact your wellbeing.

For me though, the penny dropped when it sank in that all of us are electrical beings.

Our body wouldn’t function if it wasn’t for the mild electrical currents that run through each and every cell of our being keeping us alive. When our hearts stop what brings us back to life? Electricity. Electrocardiograms (ECG or EKG) and electroencephalograms (EEG) measure the electrical activity in the heart and the brain, respectively. There is no doubt – we are electric!

How could we not think that every cell in our body will be affected when we subject it to electrical forces millions of times stronger than those we evolved in, or even what our parents were exposed to.

In 1997, only 1% of the population had mobile phones but since then the development of smaller, portable electronic devices like laptops, smartphones and tablets means we are now holding these objects with high energy forces close to our bodies, on an almost continual basis.

Every wireless device is actually a two-way microwave radio that sends and receives a type of non-ionising electromagnetic radiation otherwise known as radiofrequency radiation (small science lesson for you there!).

This man-made radiation is millions of times higher than the natural EMFs that Mother Earth and all life forms evolved from. 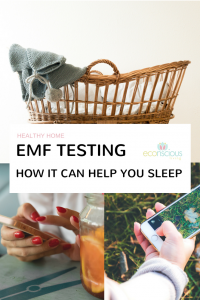 Over 4 billion years of life on earth exists because of natural sources of radiation: the earth’s magnetic field, cosmic radiation from extra-planetary sources, light from the sun, the natural radioactivity of the earth and what’s known as the Schumann resonance. The latter is an extremely low-frequency field controlled by solar and lunar cycles, that generates a repeating atmospheric heartbeat without which we would be extremely ill.

We are beginning to learn that long-term exposure to unnatural levels of radiation can cause long-term health problems. 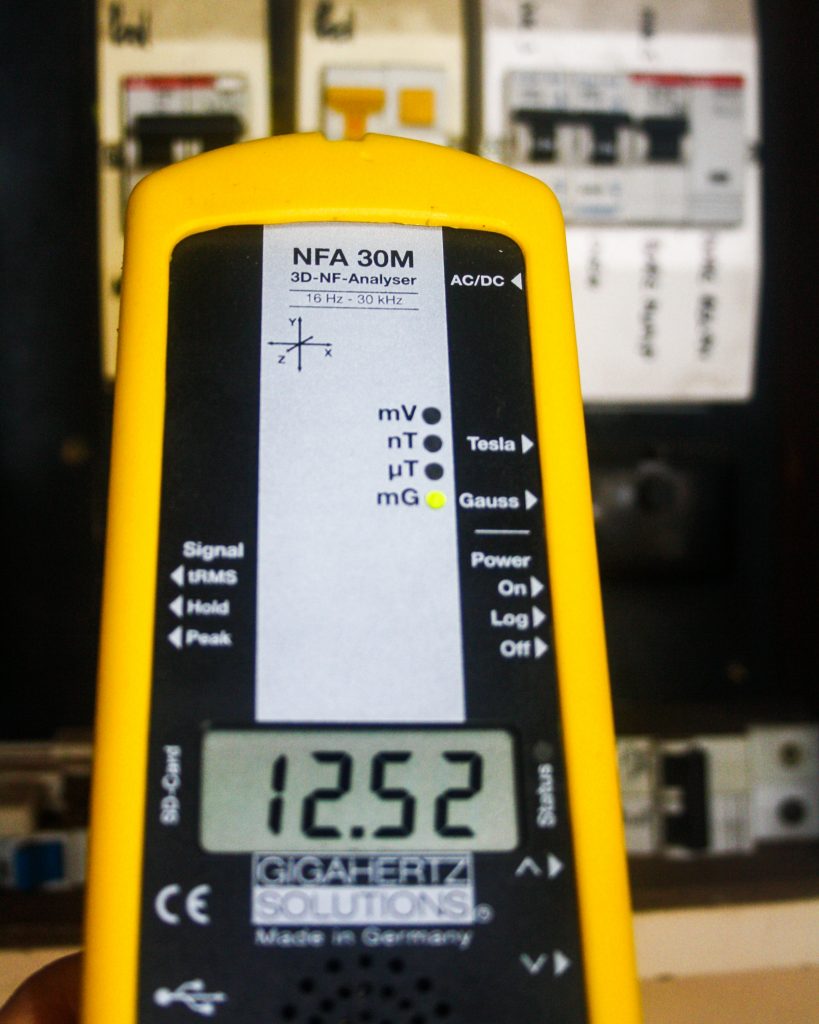 The WHO classified EMF as a possible carcinogen in 2011 and experts are currently calling for this risk to be increased to a probable or known carcinogen.

Many links have been established between EMF and ill-health effects. These include brain tumours, breast cancer, heart problems, childhood leukaemia, infertility, chronic fatigue syndrome, diabetes, ADD, autism and a number of neurological disorders including Alzheimer’s and Parkinson’s disease.

Wireless technology has never been sufficiently premarket tested for safety by regulatory bodies. The impending rollout of 5G technology certainly never has!

Why does EMF affect our sleep?

Back to where I started and our sleep. Our sleep is affected by EMF because the pineal gland in our brain that produces melatonin, a natural hormone our body produces to help us sleep, is likely to sense EMFs as light, which causes us to produce less of it. This interrupts our sleep regulation. So sleeping next to routers, mobile phones, baby monitors, digital alarm clocks will not help you sleep – you are effectively shining a light on your brain all night.

Are any of the symptoms I’ve mentioned in this post resonating with you? Are you having a little ‘aha!’ moment?

If so, or if you’re about to welcome a new life into your home, check out my EMF Testing Service to see how I can help you with EMF testing in your home or business. You can’t improve on what you can’t measure. 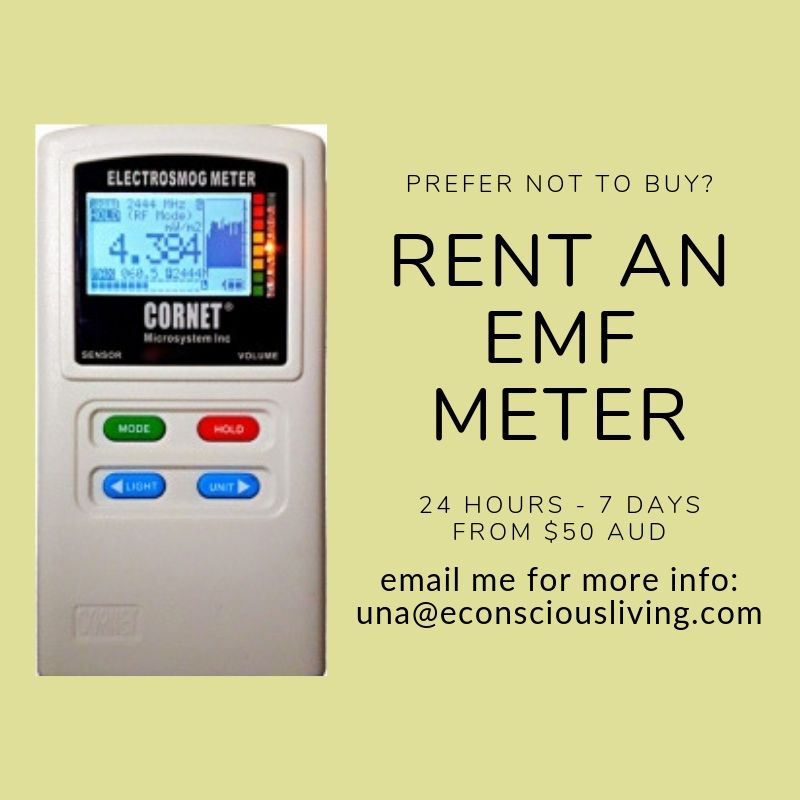 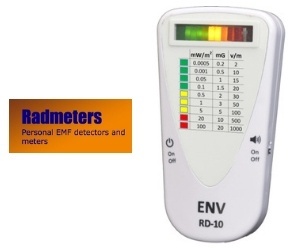 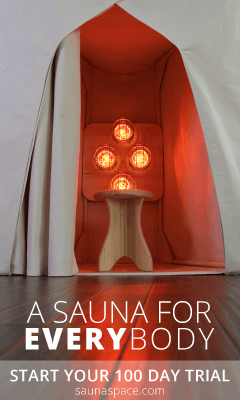 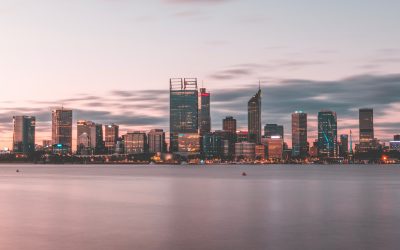 5G in Australia & How You Can Protect Your Health

You’re going to hear a lot about the 5G rollout in Australia over the coming years but the EMF effects on health isn’t a new topic – you need to know this.